Corporate America is warming to the idea of keeping its workforce in remote positions for the foreseeable future.

The idea is gaining even more traction as companies receive data that supports the idea that employees are as efficient working in remote positions as they are operating out of a traditional office space. One recent survey of 500 global IT professionals performed by ManageEngine revealed that 72% of respondents said that service teams were just as effective working in remote scenarios.

What does that mean for the apartment industry? Imagine if an entire cohort of young professionals, one prioritizing lifestyle and affordability, were empowered to rent their next apartment in a different state than their current employer.

Where would they go?

We identified four lifestyle markets (ones that provide an attractive mix of outdoor living, safety and modern amenities) that could become landing spots for young professionals and families as more companies shift to remote work. 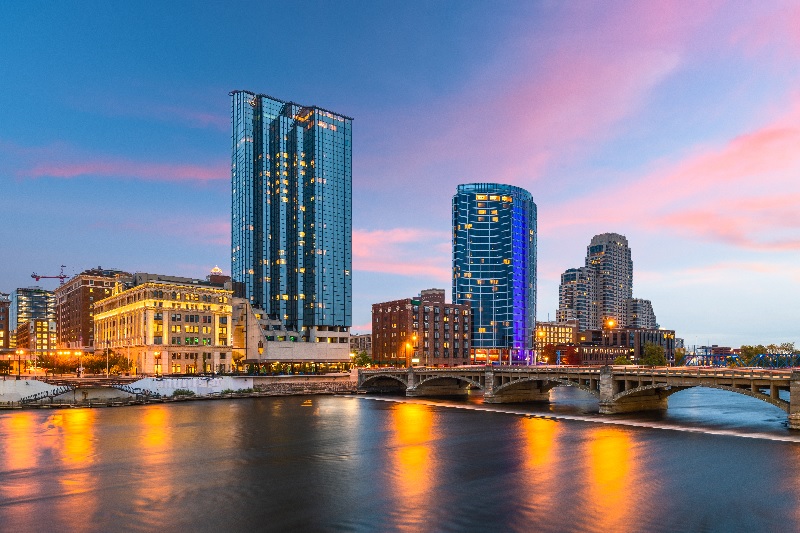 Grand Rapids ranked #13 in U.S. News & World Report’s list of the “125 Best Places to Live in the U.S.” Also known as “Beer City USA”, the metro is home to dozens of breweries and a growing art scene centered around Downtown Grand Rapids. The number of residents in the area between the ages of 20 and 34 increased by 5.1% between 2015 and 2018. Likewise, U.S. Census data reflects the metro’s ability to attract residents from major markets like Chicago, Houston, and Portland.

“In the past few years, we’ve seen a tremendous increase of well-educated young professionals in Grand Rapids. Former students and new families are drawn to the area for the relative affordability compared to neighboring major markets,” said Managing Director Jason Krug, whose team focuses on assets in Michigan and Ohio.

“We anticipate this growth trend to intensify as professionals are untethered from their desks and afforded the flexibility to work remotely and more often than not, choose lifestyle markets over major metros.”

Proximity to Denver may have been a major reason to move to Colorado Springs in the past, but these days the city boasts its own sense of community with affordable housing, outdoor recreation and a strong quality of life. In fact, U.S. News & World Report ranked Colorado Springs as #3 on its list of the “125 Best Places to Live in the U.S.”

Two of the largest sources of out-of-state transplants to Colorado Springs are from the Hawaii and Seattle metros. According to NerdWallet’s cost of living calculator, residents moving from Honolulu to Colorado Springs can reduce living expenses by 71%. Between attractive rent and a burgeoning night-life scene, it is not surprising that the number of residents between the ages of 20 and 34 increased by 7.6% between 2015 and 2018. 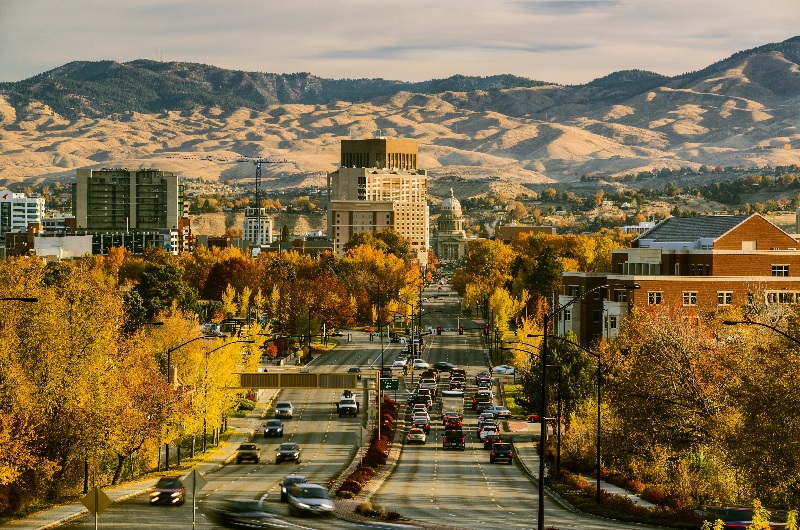 Gorgeous views, strong cultural community and safety are three pillars of any lifestyle destination, and Boise has all three in spades. That’s why the city was ranked #17 on U.S. News & World Report’s list of top lifestyle metros. The number of residents between the ages of 20 and 34 increased by 6.3% between 2015 and 2018, indicating that young professionals nationwide are catching on to everything Boise has to offer.

These factors, along with affordability, have attracted renters to relocate to the Boise metro, even from primary markets in California like San Diego, Los Angeles, and Riverside. NerdWallet’s cost of living calculator revealed that residents moving from San Diego to Boise could lower their living expenses by 54%.

The presence of the University of Arkansas and Fortune 500 companies like Walmart and Tyson Foods has driven considerable economic development in Fayetteville. Today, the thriving community is recognized as one of the top-five lifestyle destinations in the country. The exceptionally scenic Fayetteville sits just northwest of the Ozark National Forest.

Like other lifestyle destinations on this list, young professionals have already been flocking to Fayetteville; the population of residents between the ages of 20 to 34 swelled 6.3% between 2015 and 2018. The shift toward remote work should only attract more of them considering the metro is already luring transplants away from the Dallas, Austin, and Los Angeles metros.

Need insights about top lifestyle metros with the potential to become the next apartment construction hot spot? Reach out to Berkadia’s talented team of experienced advisors to learn more.